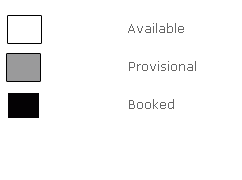 Malta, the tiny island in the heart of the Mediterranean Sea boasts as being one of the most popular destinations in the Mediterranean, with a myriad to offer businesses and pleasure travellers with even the most discerning tastes. Despite its minute size (only 316 square kilometres), Malta has a healthy worldwide reputation as the perfect island destination.

An archipelago steeped in more than 6,000 years of rich history and with a population of over 400,000 hospitable Maltese and locals, Malta is characterised by sloping hillsides and an intricate rocky coastline, interspersed with golden sandy beaches and beautiful natural harbours, bays and creeks. Further inland, Malta is a thriving mix of residential and commercial developments surrounded by stunning open farmland and a number of nature reserves that offer paradise for native and migrant birds. Malta’s climate is one of the finest climates in the world and is famous for its warm summers and long hours of sunlight, even in the height of the winter months when the temperature rarely drops below 10 degrees Celsius.

The islands' history is highly detailed and often the Maltese Islands were the location of some of the most gruesome and extensive wars and battles in history. Malta has been occupied by countless empires and rulers throughout the centuries; from the Arabs to the Knights of the Order of St. John to the Spanish, the French and the British, who occupied the island and used it at as naval hospital and naval base from 1801 to 1964. The British rule in Malta changed many of Malta’s fundamental aspects; British justice systems and laws were adopted, and soon Malta flourished into one of the thriving industrial countries in the modern world.

Today, the vast majority of the population of Malta and Gozo are fluent in English as well as their mother tongue, Maltese; a beautiful and complex language that comprises Semitic, Italian, English and Arabic influences.

Tourism is one of Malta’s most crucial industries, with more than 1.2 million tourists visiting the archipelago annually. Malta is driven by tourism and therefore offers an abundance of luxurious hotels, holiday villas, restaurants and bars to diving facilities, beach clubs and sports complexes. Malta is also a haven for business investors, no doubt due to its favourable laws, legislations and tax conditions. Malta’s spectacular climate is another positive, as well as the islands offering reasonable costs of living, high standards of education and healthcare and low crime rates.

Bordering the towns of St. Paul’s Bay and Mgarr, Mellieha comprises of 22.6 square kilometres of hillside and low lying land sloping towards the beach. The area is sparsely populated, with stretches of flat scrubland and farmland between the populated areas. All but abandoned before the British arrived in Malta in 1801, the land was leased out and developed into a thriving modern town with familiar stepped streets and narrow alleys at its heart, slowly spreading out from around its stunning Parish Church. The town’s beautiful coastline and valleys were reserved for the rich and the wealthy, and even today Mellieha is characterised by its luxurious villas with private swimming pools and the finest interiors, particularly in the areas of Santa Marija Estate where Villa Aurelia is situated.

Despite its somewhat isolated location, Mellieha is surprisingly self-sufficient and hosts a wide number of amenities and facilities for its locals and tourists, from restaurants and shops to pharmacies, supermarkets, cosmetics stores, hotels, car hire and recreation centres. The area is also a perfect location for those wishing to indulge in swimming, watersports and scuba-diving.

Mellieha is a deeply religious town and its past is steeped in history. One can see a host of fortifications including British forts and pillboxes to old caves and chapels. Mellieha is also host to one of Malta’s most spectacular annual celebrations, the feast of Our Lady of Victories, commemorating September 8th 1565, when the Maltese overthrew the Ottoman Empire during the Great Siege, one of the bloodiest battles in history.

Mellieha is only a ten minute drive to the ferry terminal in Cirkewwa, from where one can catch the ferry to Gozo. Mellieha is an ideal destination for cycling, jeep safaris, and is well served by public transport routes.

View Map
Recommend Us to a Friend
CLOSE

Copyright © 2020 Exclusive Haven. All rights reserved.
Recommend Us to a Friend
CLOSE